The Problem with Money-Laundering and International Student Fees

The Problem with Money-Laundering and International Student Fees

Criminals are always looking for an angle. If they can find one that works again and again, they won’t just keep going at the same rate, they’ll pile on and ramp it up. When it comes to money-laundering schemes, using universities to launder ill-gotten gains has become evermore common as rules tighten up elsewhere.

Reports are emerging from around the world that illustrate the true scale of the problem. As this scale becomes more apparent, it is likely to seep into the public conscious, leaving universities that don’t have strong anti-money laundering policies and procedures in place open to transformative new legislation.

For universities that don’t take a proactive approach, they may find themselves waking up one day in the unenviable position of realizing a sizeable chunk of their revenue is from illegitimate sources.

Common money-laundering schemes that universities are affected by

The refund scheme is a classic of its type and works particularly well in the university financial ecosystem where refunds are common. It allows for a criminal to pay for tuition fees (or other associated university costs such as accommodation etc.) before canceling their proposed education and then requesting a refund from the university – thereby ‘washing’ the money through the university. The criminal will often recruit students to act as a “money-mules”, and the refund may be re-directed to the Criminal.

A 2019 report in Canada by the British Columbia Attorney General found many instances of this scheme. Agents and third parties were also commonly used as accomplices, collecting the refund on behalf of the ‘student’.

A sideline is wildly overpaying for fees and then requesting a refund for the surplus.

The same Canadian report found that in once case a student who was only required to pay a $150 dollar charge arrived at the college with $9,000 in a duffel bag and asked to deposit all of it with the college. They would then be able to withdraw the money later in the form of a check from the university, which on the surface would be a ‘clean’ source of money.

While we live in a largely digital economy, paying for university in cash is not as uncommon as you think.

Put simply, these cash payments are open for allowing fraudsters to money-launder proceeds from crime or bribery. While cash payments aren’t generally allowed for high-value purchases, such as houses, in the UK at least they are allowed to be used for tuition fees, which can be substantial in themselves.

In the UK and across Europe, a university receiving cash payments of €10,000 or more in single or linked transactions in exchange for goods or services may be classed as a “High Value Dealer” which may result in the need to report such transactions to the authorities.

“TransferMate Education works with universities around the world to reduce their exposure to cash-based payments while providing the student with several alternative payment mechanisms, and coupled with an industry-leading compliance system to detect real risk in real time” said Simon McFeely, Chief Risk & Compliance Officer at TransferMate.

Another potential for universities to be caught up in money-laundering schemes is allowing third-parties pay for a student’s tuition fees.

While this is not illegal (think of a generous benefactor hearing a person’s story and deciding to help them out) it again opens up the possibility of fraud and vulnerable students to act as money-mules. Corrupt officials – both in the public and private sphere – can also use the tuition fee to facilitate a bribe rather than directly accepting the money.

In countries where public officials earn relatively low amounts compared to tuition fees in major world universities, real red flags must be raised when third parties are paying for their children’s education.

While not a scheme in and of itself, universities need to include the potential for internal collaboration with fraudsters in their thinking. The schemes mentioned above can be carried out with the university as an unwitting stooge, or as part of a more elaborate scheme.

Secondly, ‘turning a blind eye’ can be just as dangerous in the long run.

If universities allow for fraud to happen by simply ignoring the issue and not proactively preventing or investigating it, they may well be caught out through changes in the law. This would mean an abrupt shortfall of revenue and becoming an existential threat to the institutions very existence, and this isn’t including the very real reputational risk they might suffer if money-laundering activities were found to be rife within their financial system.

How universities can prevent money-laundering when accepting payments

As always, there is no silver bullet or impenetrable shield that prevents fraud. Once one obstacle is put up, fraudsters generally will find a way to circumvent it in some way. However, there are concrete steps universities can take to prevent from being used in money-laundering schemes.

Get ahead of the legislation, and protect your brand

An overall policy and philosophy for university leaders is to actively seek out proposed legislation around the world and implement it before it becomes a reality. While the laws may never tighten around university payments like they do around other institutions more closely associated with the financial sector, it is likely that they will be under more severe scrutiny than they currently are at some point down the road.

And there are existing laws. For example, in the United Kingdom, a university has a duty under the Proceeds of Crime Act 2002 to notify the relevant authorities if it suspects that its processes or services are being used to launder money obtained through criminal activity, and it is required by law to have a robust Anti-Money Laundering program in place.

No university wants to support criminal activity in any manner, nor be in the headlines, so from a brand and reputational standpoint, it makes good sense move away from cash-based payments not only to streamline the admission process but also to ensure that risk exposure is reduced through the use of a carefully selected payment partner.

Having a robust payment system with AML and fraud checks is one of the key (and cost-effective) ways universities can protect themselves against criminal activities in their payment processes.

Modern payment systems use the latest technologies to detect and prevent fraud before they go through the system. They also have the advantage of having a larger global footprint than many of even the largest banks, meaning they have embedded local rules in their systems when payments pass through certain countries.

“Our systems have very stringent checks on potential fraudulent payments’ said Simon McFeely, Chief Risk & Compliance Officer at TransferMate. ‘Universities can track payments end-to-end, know that they are checked against international sanctions lists, will be notified if any payment contravenes the AML checks we have embedded in the system, and have the highest standards of data security. Additionally, our sophisticated screening and monitoring technology applies to the student and the payer of the fees; we believe a first in the industry to do so.”

Refund to the original source of payment

One of the best ways to deter a criminal scheme is to only refund cancelled tuition payments to their original source. In essence, this leaves the criminals back at square one.

Refunding to a different bank account, for example, can be another step in the criminal layering their ill-gotten gains and integrating it into the legitimate financial system.

However, there are genuine reasons why a refund may need to go back to another bank account, so it’s important to use a system with specific in-built rules that target criminal typologies to weed-out potential bad-actors.

Culture will always play a role in tackling money-laundering. Regular training will allow the financial team to spot obvious cases of potential fraud and raise concerns with more opaque cases.

In general, ignorance of the law is not a defense, and this is particularly true in financial crimes. Allowing a culture of turning a blind eye to money laundering can leave the university vulnerable to not only reputational risks, but legal ones too.

Getting ahead of the game is key

When you see how vulnerable universities are to money-laundering schemes, it becomes plain that more needs to be done. Without a proactive approach, these schemes will build to such a scale where the very existence of universities will be put at risk.

While criminals are good at finding angles, there should be few better institutions than a university to see those angles and counteract them with new and innovative solutions. After all, isn’t that what education is all about?

If you want to talk to our experts and discover how TransferMate’s solutions can protect your university from money laundering and fraudulent schemes, click here. 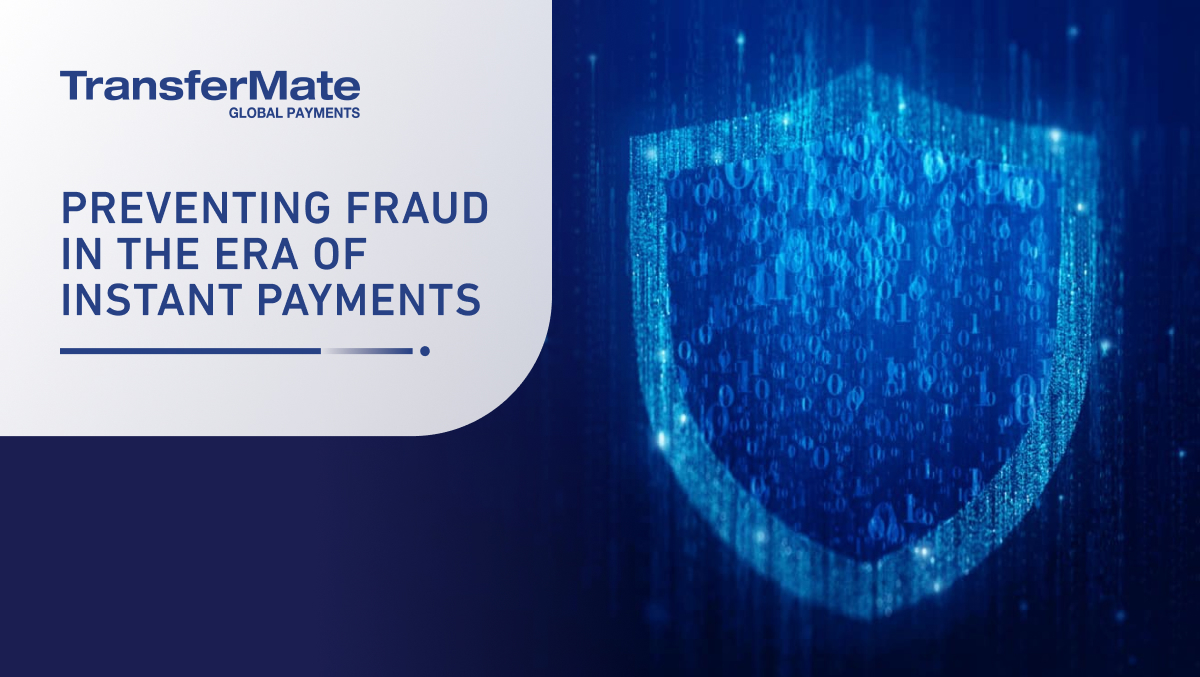 Preventing fraud in the era of instant payments 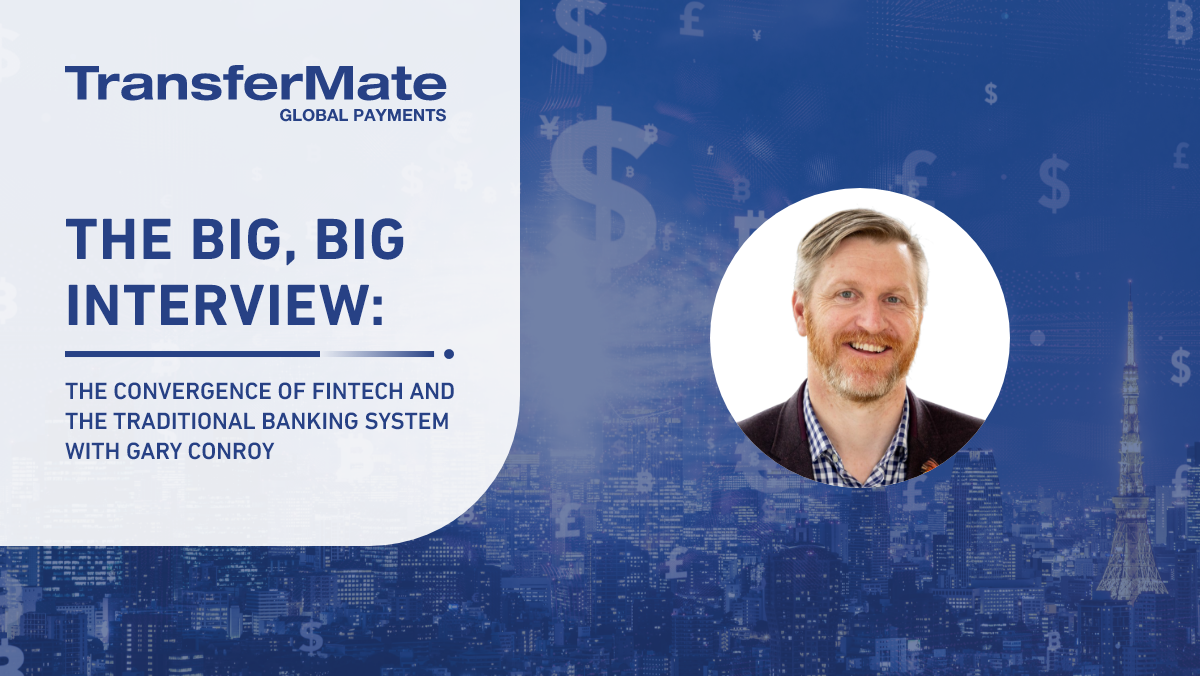 The Convergence of Fintech and the Traditional Banking System 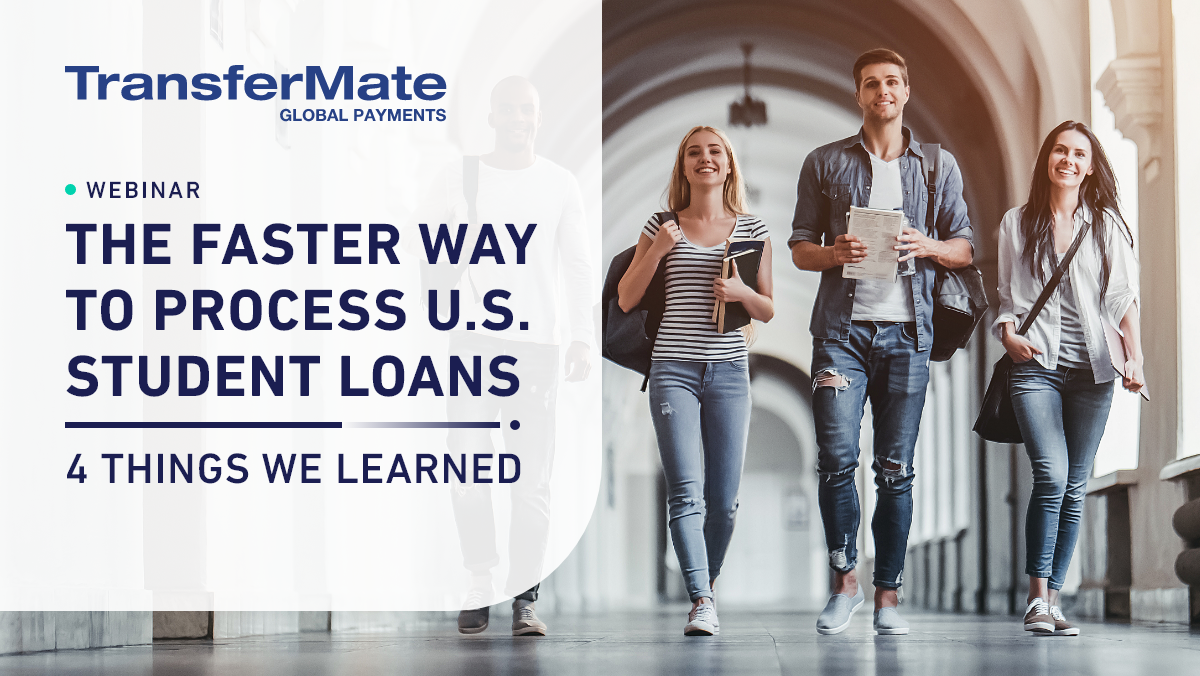 4 things we learned from ‘The Faster Way to Process U.S. Student Loans’